Canberra based author Julian Cribb writes for the Guardian “Countries from Siberia to Australia are burning… It is time not only to think the unthinkable, but to speak it: the world economy, civilisation, and maybe our survival as a species are on the line. On any day, between 10,000 and 30,000 bushfires burn around the planet. Realms as diverse and distant as Siberia, Amazonia, Indonesia, Australia and California are aflame. The advent of “the age of fire” is the bleakest warning yet that humans have breached boundaries we were never meant to cross.”

We are heartbroken to see the ongoing ecological wildfire damage, estimated loss of a billion animals and global climate destruction happening in Australia since July, and knowing that the summer fire season has months left to burn, we are committed to contributing in a small way.

We will donate 50% of profits on orders made from Wednesday 15 January until midnight Friday 17th January to HUHA and Red Cross Australia. 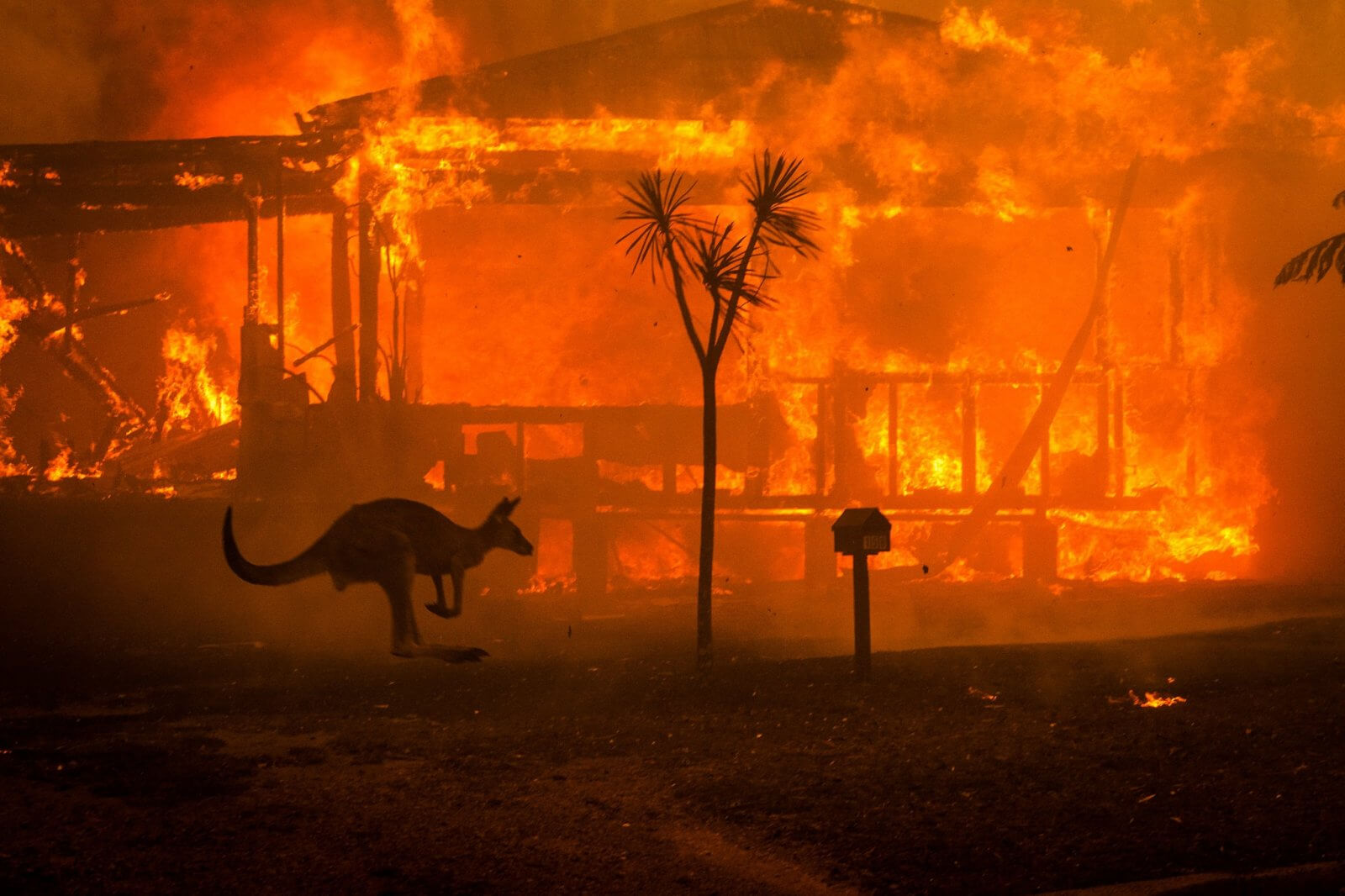 Climate change causes more, and larger wildfires (read NASA’s explainer), but as the giant fires in California, the Amazon, Siberia and Australia are also contributing to climate change on a global level as they release carbon dioxide and greenhouse gases, damage the forests that remove CO2 from the air, and they inject soot and other aerosols into the atmosphere.

This year’s fires in Australia, fueled by record-high temperatures and years of ongoing drought, have already released an estimated 400 million tonnes of additional carbon… an additional two-thirds of the carbon man-made activities in Australia release each year. Meanwhile, coal mining continues as marchers demand more climate action from the pro-coal Australian Prime Minister.

What can we do to help?

Speak out. Live sustainably. Shop less, shop local, shop plastic free. Vote for the climate. Organise, march, sign petitions, write to your politicians. Encourage each other. Donate and volunteer your time. Speak with your children and support their initiatives.

Kiwi organisation HUHA is on the ground in Australia for Animals

On Monday, a team of HUHA volunteers flew to NSW Australia to aid a collective of smaller independent licensed wildlife rehabbers who are bang in the thick of it, overwhelmed and flying under the radar… they will be checking in on evac centres, communities and their pets, assisting and providing equipment where they can. Their objective is to medically assist wildlife, livestock and companion animals as well as provide structural support such as enclosures, water stations and nesting boxes.

In addition to the donations we will make on your behalf to HUHA, you can also donate $3 directly to HUHA by texting “huha” to 4463 or find out more about donating here

Red Cross Australia is under fire

Red Cross trained emergency services volunteers and staff have been at the front line for communities facing the wildfires, in relief centres, evacuation centres, recovery hubs and making wellbeing calls.  Since July 2019, Red Cross teams have responded to 30 emergencies, some of which have been going for up to six weeks, and supported over 18,600 people, through the efforts of more than 1,590 volunteers and staff.

Red Cross is expanding its work helping bushfire-affected communities to recover, as well as expanding its cash grants to people who have lost their homes in the bushfires since July 2019. Acting Chief Executive Noel Clement said “Australians and indeed people around the world have shown extraordinary generosity in donating to our fund, which will mean we can scale up our work helping communities recover from these devastating fires across multiple states,” he said.

“We know from long experience in disasters in Australia and internationally that recovery can take years. We will be there for the communities into the long term and we will take the time to work with them and other agencies to support what needs to be done.”

In addition to the donations we will make on your behalf to you can make additional donations to the Red Cross Australia here.

Thank you for your support, it means a lot ♥